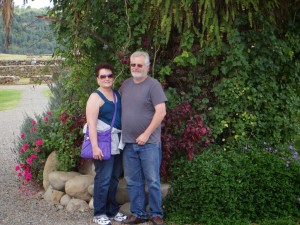 Ryan and I were able to celebrate Christmas and the New Year the best way imaginable—with family!  Ryan’s parents, Matt and Sheree, flew all the way to Cuenca, Ecuador to visit us for the holidays.  While Matt’s luggage got lost, and I mean LOST, we had a wonderful time and they were troopers. 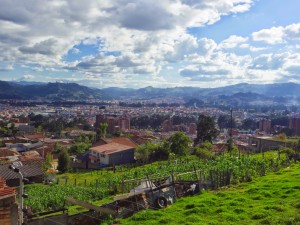 View from our patio

In anticipation of our honored guests, we had moved to a bigger apartment with a great view which we all enjoyed by sitting on our patio, playing Spades and drinking Chardonnay, Boone’s Farm and Pilsner Grande. 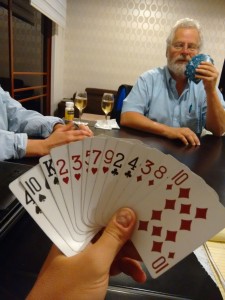 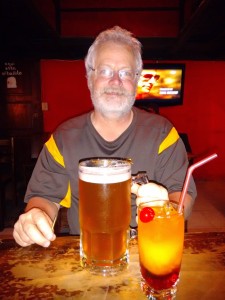 Matt and his BIG beer

During the day, we took them to see all of our favorite sights and even discovered some new ones, like the Inca Ruins of Pumapungo. 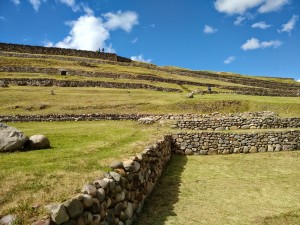 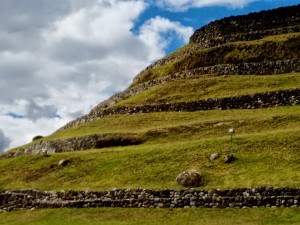 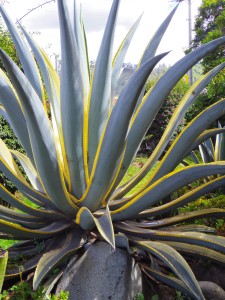 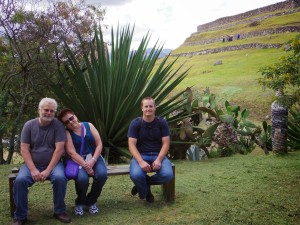 We took them back to Cajas National Park and this time, I kept my lunch down.  Ryan climbed Devil’s Peak (I really need to figure out what that mountain is actually called) all by himself.  Sheree wandered off to get a better vantage point and I spent most of the time serenading my father-in-law with the best of Broadway.  Once again, Matt was a great sport, even though he was wearing some of Ryan’s clothes. 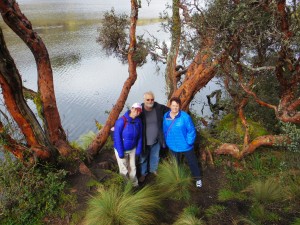 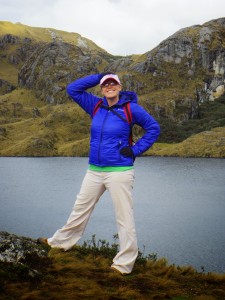 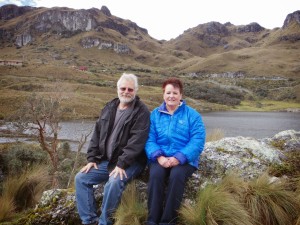 On Christmas Eve, we bought and decorated a Christmas tree which I named Felix.  We ate a seven course meal called The Feast of Seven Fishes at Joe’s Secret Garden.  Joe’s is a wonderfully unique establishment that is only open on Saturday night.  The meal changes every week and is mostly frequented by expatriates.  It is an older, jovial crowd.  In fact, the meal is always kicked-off with cocktails and a social hour. 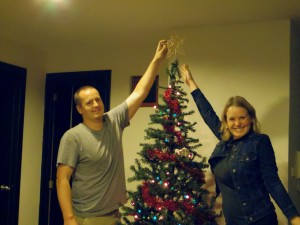 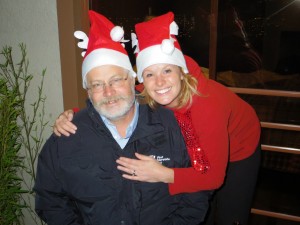 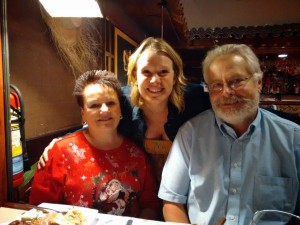 We enjoyed the food (and company) at Joe’s so much that we returned for New Years.  This time we were served an array of appetizers, lomo fino wrapped around shrimp is a creamy sauce, and cherries jubilee pie.  Everyone was given a skewer of green grapes which we were instructed to eat during the twelve tolls of the new hour (one grape per second) making a wish on each one.  Incidentally, this did not actually occur at midnight (as is generally the tradition) but before our meal as we were amongst a retired crowd.  Besides, it was midnight somewhere.  Indeed, our host Joe pointed out that in fact, at that very time (which, I believe, was around 7pm), it was midnight in Greenwich London and that was good enough for us. 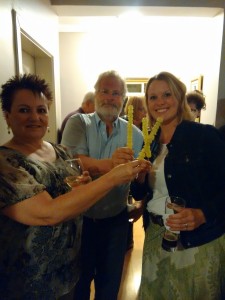 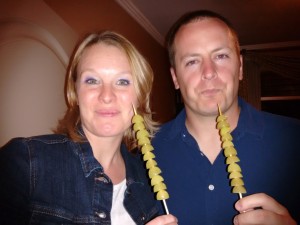 What our jovial crowd may have been lacking in youth, they certainly made up for in enthusiasm.  And it was a good thing, for little did they know, a great surprise was in store for them.  After dinner I excused myself from my family and snuck into the back yard with two of my table mates where we commenced to change into our performance clothes.  The guests were beckoned outside and right there in the street (stopping traffic at one point) the Cuenca Dance Mob put on a vigorous performance to “Hot Stuff.”

After the show we lit the effigies on fire.  These are life-sized, scarecrow-looking things.  The idea behind this tradition is really quite clever.  You choose someone you bare a grudge against and create an effigy in their image.  Then you write a note to that person, slip it inside, and light it on fire.  In doing this, you are lifted of your burden and begin the New Year fresh.  But only after you jump across the pile of ashes twelve times, which Sheree and I did (at least twice).  By then, we had both consumed enough wine that Ryan looked on in disapproval at our potentially dangerous shenanigans. 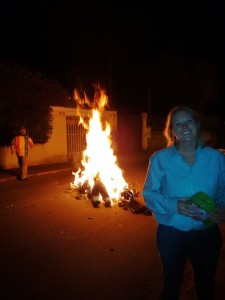 Although we left Joe’s shortly after, our night wasn’t over.  We returned to our apartment and sat out on the patio watching the most amazing fireworks display I’ve ever seen.  It started at Midnight and lasted well into the night.  Every neighborhood, it would seem, had their own show.  So instead of one grandiose show, there were smaller shows scattered across the whole city.  It was quite the sight and we had fantastic seats.  Most of all, we had fantastic company.  Thank you Matt and Sheree for making our holidays unforgettable. 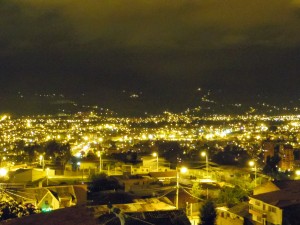