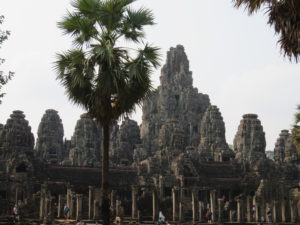 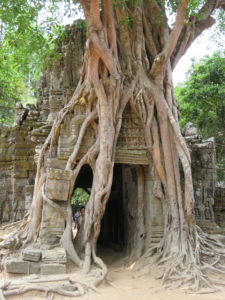 There’s no question that one of the more impressive sights we’ve seen during our travels has been Angkor Wat.  This sprawling temple complex is the largest religious monument in the world and it’s an iconic symbol of Cambodia.  While the remains are impressive in and of themselves, I was also amazed by the sheer size of the sight which stretches across more than 400 acres.  We spent 3 days exploring Angkor Wat and prior research had told us that it would be beneficial to hire a tuk tuk driver to shuttle us from one temple complex to another.  It was advise we took and we were grateful to our driver Sam for his services. 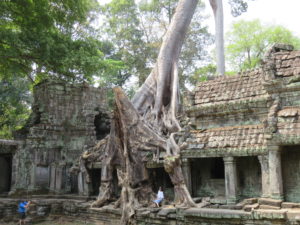 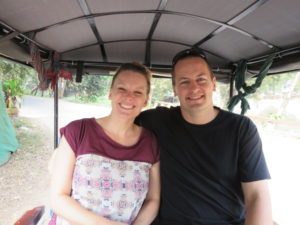 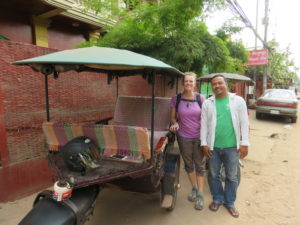 Angkor Wat is located just outside of the city of Siem Reap.  I found Siem Reap to be an interesting city.  It was a bustling tourist destination but it still had a surprisingly laid-back vibe, which I appreciated.  The taxi cabs were largely Lexus’s and I thought it was funny that I had to travel all the way to Cambodia to ride in a Lexus.  Siem Reap was also the first place we’ve been to in Asia where the food wasn’t spicy!  I fell in love with a dish called “amok” which is a thick curry soup cooked with your choice of meat (although fish is arguably the best), vegetables, eggs and coconut milk.  I couldn’t get enough of the stuff! 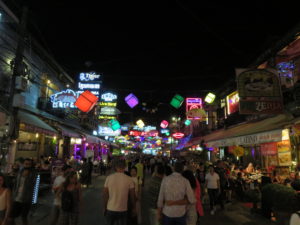 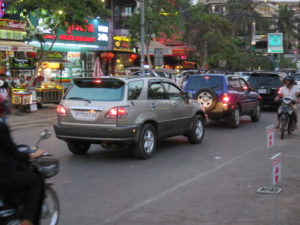 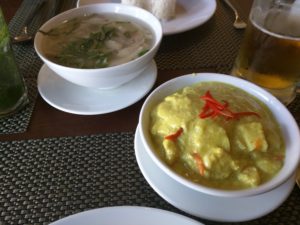 Our good friends Erica and Gui traveled to meet us all the way from Brazil!  We spent three days exploring Angkor Wat.  The highlight for me (besides seeing our friends) was our second morning when we got up to watch the sun come up over the main temple.  I’m not much of a morning person, but this was a truly magical experience. 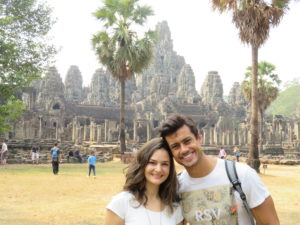 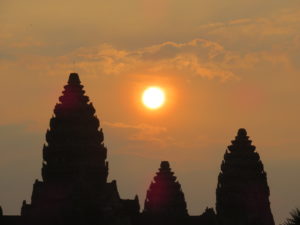 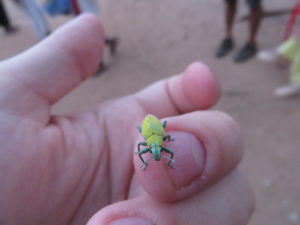 Ryan made this little friend while we were waiting. It was very determined!

I hate to admit that by the third day (and even more truthfully it happened well into the second), I was all templed out.  The days were long and hot and although the temples were all unique and impressive in their own ways, the tourist scene started to weigh on me.  It was crowded and everywhere we went we had to stand in lines as people took a million selfies.  It didn’t look like many of the visitors were even looking at the temples because they were too busy posing for one picture after another.  Of course, we took some of our own. 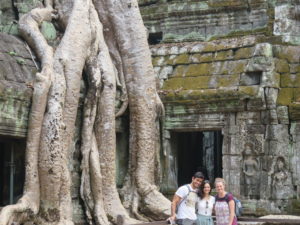 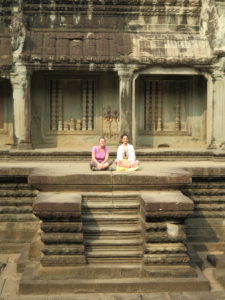 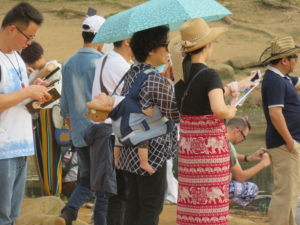 Another highlight for me happened before we’d even seen the temples.  Ryan and I arrived in Siem Reap a day before our friends and we rented electric bikes.  I’ve hardly ridden pedal bikes, let alone anything electric, and the feeling was very different than anything I was used to.  To top it off, we were out driving in the middle of traffic!  It was terrifying but fun as well.  I definitely have a new respect for what it’s like for Ryan, driving us around on a scooter all day.  While I managed just fine, I found that I definitely prefer to ride on the back.  Luckily Ryan prefers this as well! 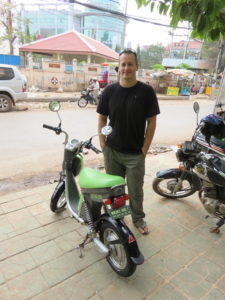