This year for Christmas, Ryan and I rented a big, fancy bike (a Honda CB650F) and drove up to Pai.  Located about 146 km (or 91 miles) northwest of Chiang Mai, Pai is a sleepy town near the Myanmar boarder.  It sits on the banks of the Pai River and has a population of less than 3,000 people.

We enjoyed our drive up from Chiang Mai.  It was nice to have the extra power going up the steep and winding roads.  Our scooter, Kimmy K would have had a much harder time making it.  Mad Mary barely broke a sweat!  For the first time since we’d been in Asia, we were riding in style! 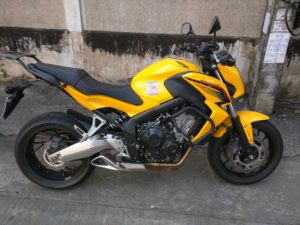 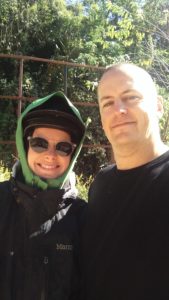 I think Ryan was a little embarrassed by his cargo…LOL! 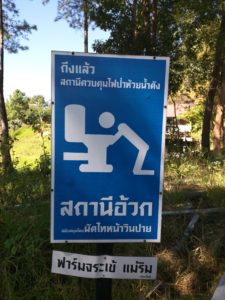 Ryan got a big kick out of this sign, which was offering a toilet near the top of an especially winding section of road.

Upon arrival, we checked into our accommodations so we could stash our stuff before heading back out to explore.  Ryan had made reservations at a cute little resort out of town.  They had festive decorations, cozy cabins, and friendly staff.  We got all settled and then we returned to our bike and spent the afternoon of Christmas Eve exploring the countryside near Pai.

We usually go home for Christmas to freezing temperatures and several feet of snow.  Being clear in Asia this year made that more complicated and was further complicated by my reluctance to take too much time off work.   It was odd being in such a warm and green climate and I couldn’t help but think, “It’s nice, but it doesn’t feel like Christmas.” 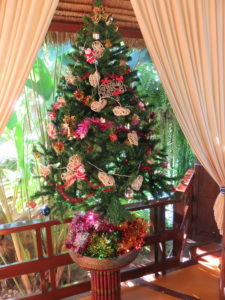 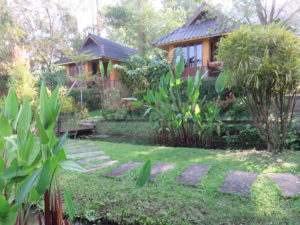 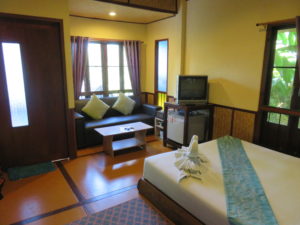 I remember the moment that changed.  We were just driving around and I was listening to my Christmas music.  We passed a field with some really pretty flowers growing by the side of the road.  The light was just right–sort of soft–and suddenly this feeling came over me and I thought, “Now it feels like Christmas.”  There it was.  We didn’t have to be snowed in or surrounded by family and friends.  It found us all the way in Thailand!

As the day progressed, we stopped at many of the sights including Memorial Bridge.  My favorite part of the adventure (aside from just driving around on the bike) was visiting Pai Canyon.  This place was pretty incredible.  Our plan was to watch the sunset but we got there a little early and after about 45 minutes of waiting (with another 45 minutes or so to go), I opted to move along in search of an early dinner. 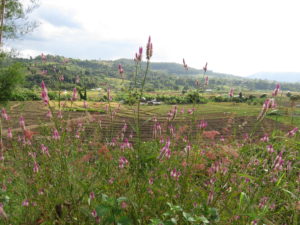 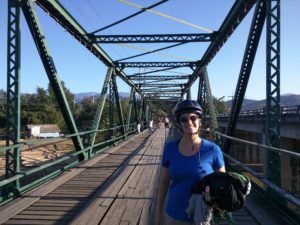 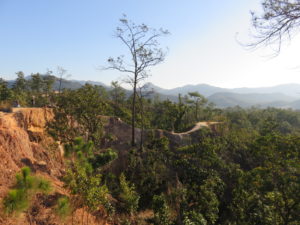 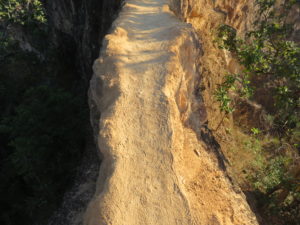 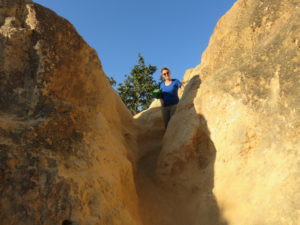 Back in town, we found some tasty Thai food to eat and I was thrilled that mine wasn’t too spicy.  (It was a Christmas miracle!)  Then we made our way back to our resort to get settled for the night.  I watched It’s A Wonderful Life.  I hadn’t seen the movie in ages and it brought back a lot of nice memories to send me off with a good night’s sleep.

On Christmas morning, they served a beautiful breakfast.  We even received Smor Bullar, which are classic Danish Christmas cookies that I had never had or heard of, but enjoyed immensely.  Apparently the proprietor’s husband is Dutch so they served these to all their guests.  It was surprisingly chilly (but in a good way) out on the deck and we enjoyed watching the birds while we ate. 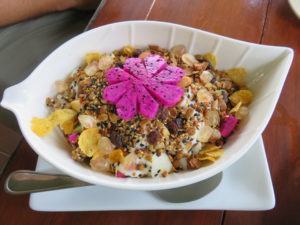 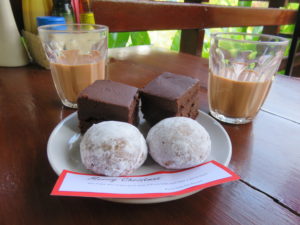 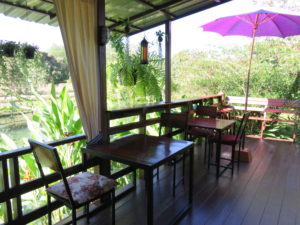 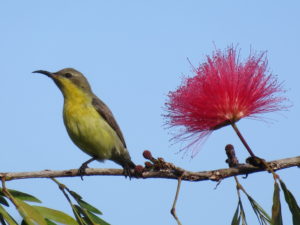 After breakfast we began the journey back to Chiang Mai.  Several hours later, Ryan surprised me by stopping at my favorite restaurant for lunch.  We’d stumbled on it several weeks back on one of our scooter adventures.  It was in the middle of nowhere and we’d been lucky enough to find it the first time.  I never expected that we’d be going back but he’d managed to work it into our route and I was thrilled to sit by the river one last time and enjoy my Thai iced tea and pineapple fried rice.  I even got to swing! 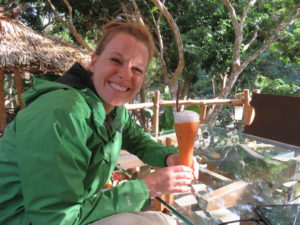 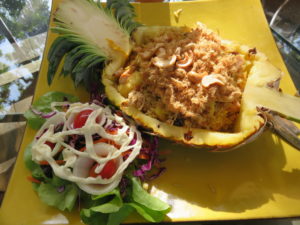 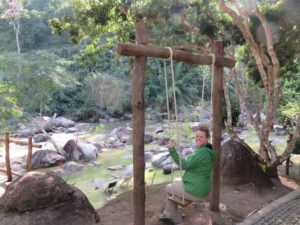 Even after we’d returned to Chiang Mai, Ryan still had some Christmas magic up his sleeve.  He presented me with a gift of melon-flavored Euro Cakes that I’d fallen in love with and were somewhat hard to find.  Then he took me to get my favorite Japanese katsu curry for dinner.  Afterwards, as one last Christmas indulgence, we had Korean bingsu for dessert.

So yes, it turned out to be a pretty nice Christmas in Thailand.  I had a loving husband.  I was a happy wife.  Once again I was reminded that I truly do have a wonderful life!  Merry Christmas! 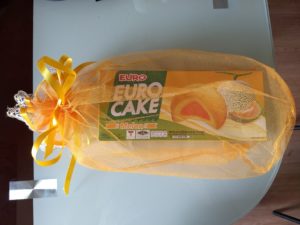 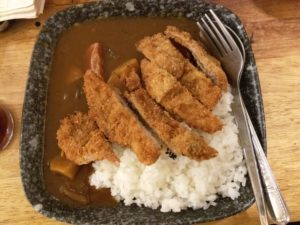 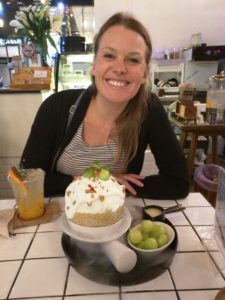