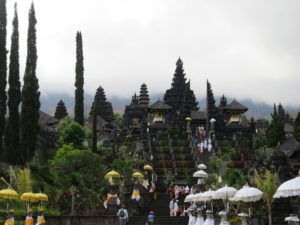 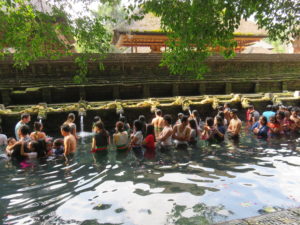 Bali has the largest Hindu population of all the provinces of Indonesia.  This can be seen in Bali’s beautiful temples of which there are many.  It is reflected in the interesting water purification rituals and cremation ceremonies performed by the locals and by the offerings they leave outside their homes.  It is also apparent by the fascinating statues that guard almost every entrance. 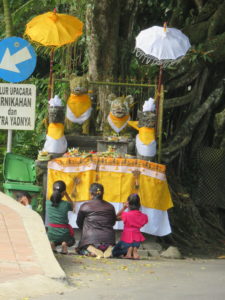 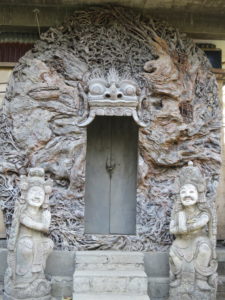 I’m a big fan of these statues.  The sheer variety is impressive enough, let alone the feeling that each statue has a story, and I’m sure it probably does.  I’ve never seen so many interesting statues in one place.  Some are more menacing than others–and indeed my understanding is that their intent is to scare away evil spirits, or at least keep them at bay–but my favorites are the ones that also appear to be somewhat playful.  These remind me of one of my favorite childhood books called Where the Wild Things Are written and illustrated by Maurice Sendak. 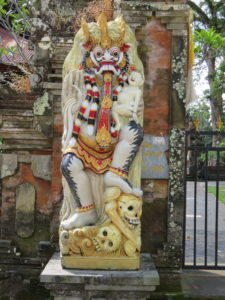 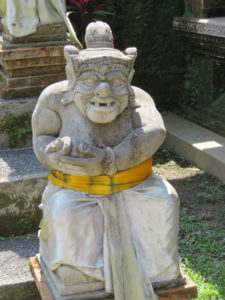 According to some Hindu beliefs (at least as I understand it), things such as trees and statues are potential homes for spirits whose energy can be directed for good or evil.  These things are therefore treated very well.  They are often “dressed” with a bit of black and white checkered fabric (called Saput Poleng) and they are paid respect and given offerings.  The black and white Saput Poleng symbolizes the good and bad spirits working together within every entity. 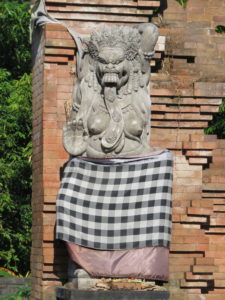 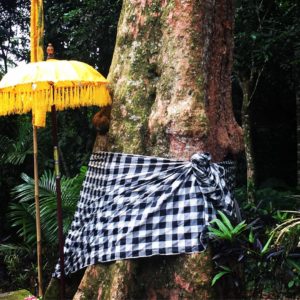 I have a very crude understanding of Hinduism, let alone Balinese Hinduism which I’m sure is unique in and of itself, but I find the idea of these statues to be wonderfully fascinating.  If you want to invite a spirit to come and look over your home and your loved ones, give it somewhere to live (such as a statue) and make sure it is well cared for.  Keep it dressed and fed, show it respect, and it will give you good juju.  It seems to me that regardless of your beliefs, a little good juju never hurt anyone. 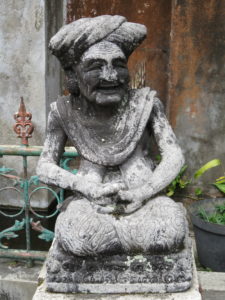 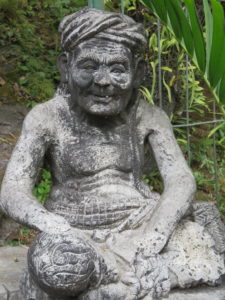