For me, there has never been anything quite as attractive as a sleek-coated, long-legged steed.  Aside from guys with Australian accents, horses are definitely my biggest weakness.  Going to a jumping show is like taking me to a candy store.  My friend Cheryl is the same way, although I can’t speak for her interest in Australians. 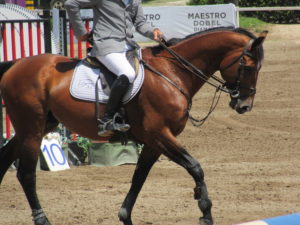 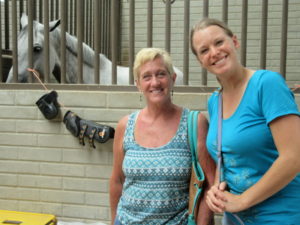 The day I jumped in the car with Cheryl and her husband Billy was an absolutely beautiful day and I enjoyed talking to them on the drive into Guadalajara.  My car had been broken for a while which really put a damper in my weekly riding plans with Cheryl and Jane.  We had a lot to catch up on. 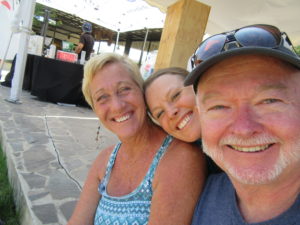 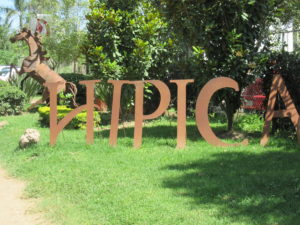 When we arrived at the event, the facility blew my mind.  It was huge!  There were at least three large outdoor show arenas and two separate covered areas.  The stables were enormous.  There was a restaurant and a store.  Vendors were lined up and selling high quality riding gear.  The scene took my breath away. 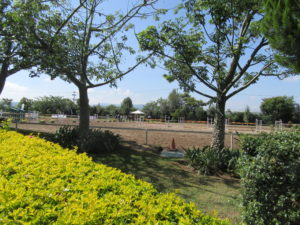 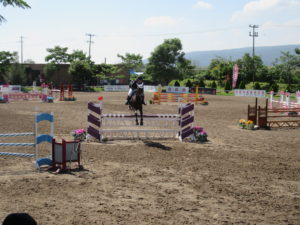 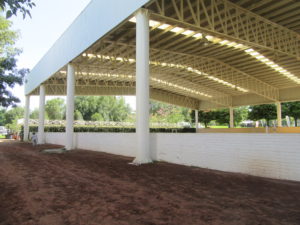 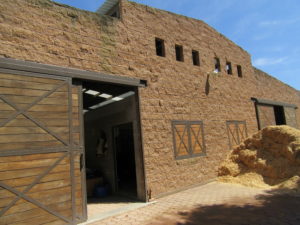 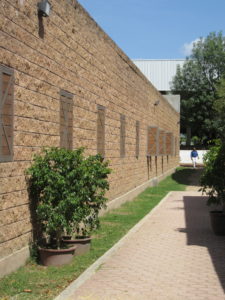 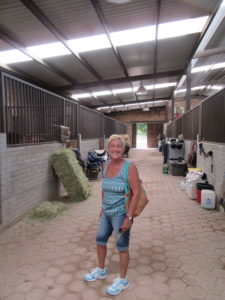 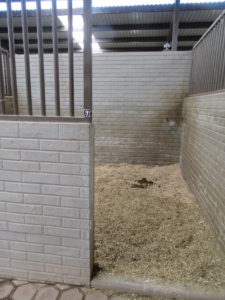 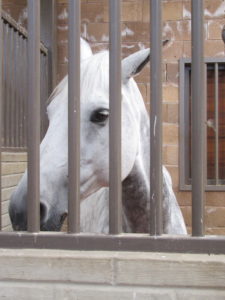 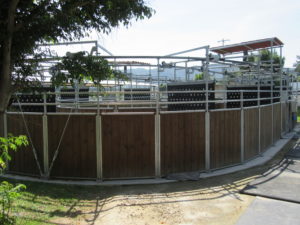 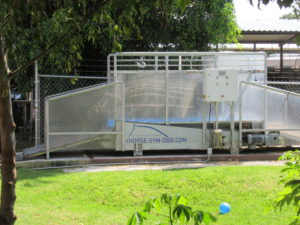 But that was nothing compared to the horses.  Can I just say, “Wow!”  They were tall and debonair with braided manes, slick saddles, and wraps that wound around their long legs.  When they weren’t competing, they strutted around with their necks flexed and their tails swishing.  They had names like Papillon, Chintano, and Al Cett. 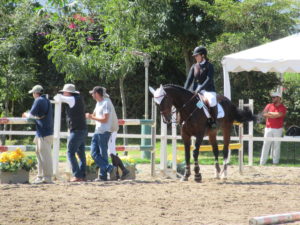 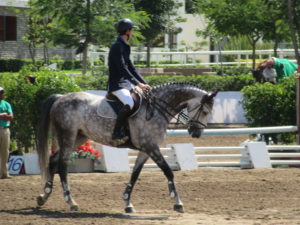 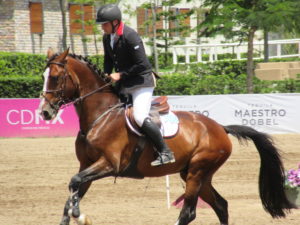 When they were jumping, I couldn’t take my eyes off their rippling muscles and their trailing tails.  They flew over those jumps like they were weightless.  There was nothing but one beautiful horse after another.  It was like I’d died and gone to heaven. 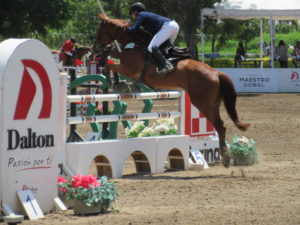 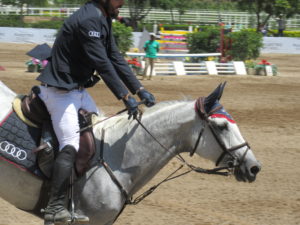 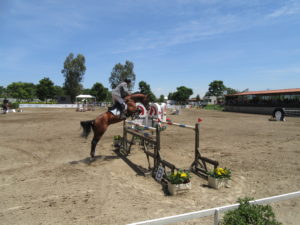 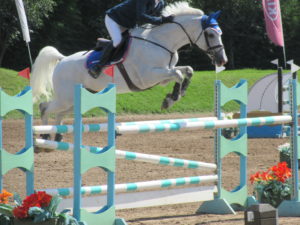 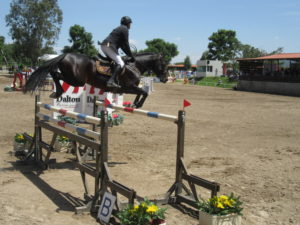 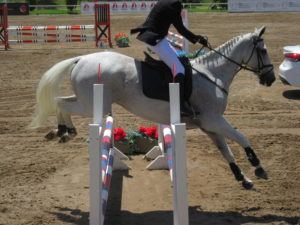 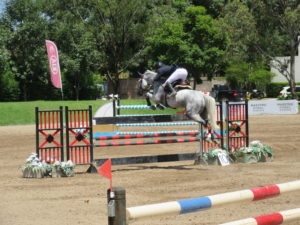 At the end of the day–after hours of ogling on my part–the winners were announced.  The horses were happy to get their goodies and they looked so pretty in their ribbons!  What a fun day.  Thank you Cheryl and Billy for letting me tag along!!! 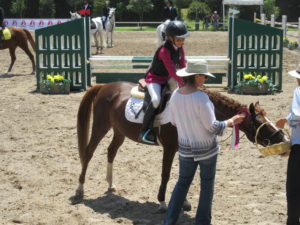 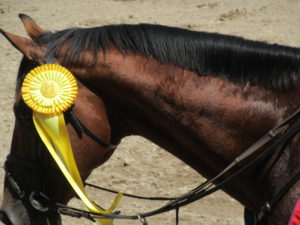 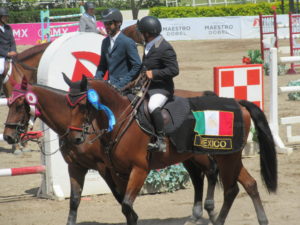