Ajijic, Mexico–Up, Up, and Away

Every September Ajijic celebrates the Globo Regatta to launch their week-long Independence Day festivities.  Ryan and I were told (by many people) that this was one event we did not want to miss.  Luckily we took their advice.  The regatta was a great event and as we had expected, it was well attended.  Both locals and ex-pats gathered in the “football” stadium on a beautiful Saturday afternoon with high hopes of having a good time. 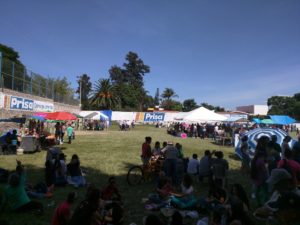 As I understand it, many businesses sponsored a globo.  They were (usually) made out of tissue paper by someone who knew what they were doing.  While the event was scheduled to begin at 3 pm, it didn’t really get going until hours later.  I think one of the reasons for this delay may have been that a lot of the globos were made on sight.  While some of the globo sponsors were easy to identify, others remained more of a mystery.

Over the course of many hours, we all watched as these colorful globos were made (in some cases), filled, and then FINALLY launched.  Most of them flew, but many (especially the larger ones) burned up in mid-flight.  It was very exciting and we always had to be on the look-out for bits of burning paper to come crashing down on our heads.  The remaining burning particles of one unfortunate globo almost hit a power line!  Another landed in a tree.  All the while, young local boys were having a great time acting as “bomberitos.”  They would locate a crashed globo and make sure it wasn’t a fire hazard.  Between them and the strategically timed rainy season, everything seemed to remain under control. 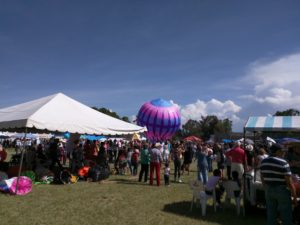 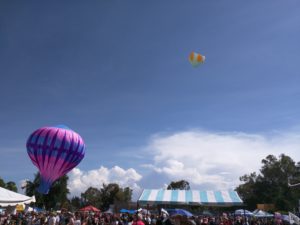 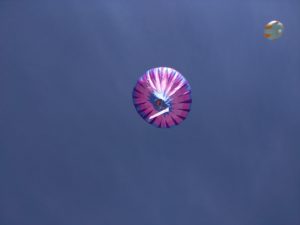 Ryan and I left before dark but I’m sure that if we had stayed, things would have really taken off.  That seems to be the way things work.  Call us party poopers, but we were hot and tired and we’d been there since three.  All in all, it was a fun event that certainly kept us on our toes.