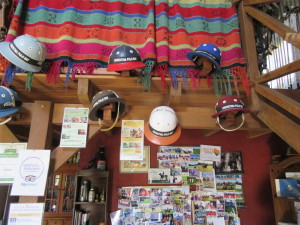 I was thrilled to wake up this morning with a familiar soreness.  It has been over a year since I’ve ridden a horse, which is the longest I’ve ever gone, but yesterday I got back in the saddle and did something completely different.  I played polo!  At least I tried to play polo. 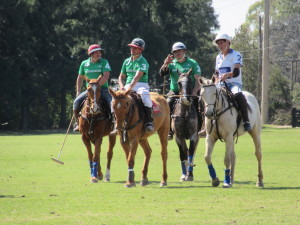 This year for my birthday, my wonderful husband treated me to an Argentinian Polo Day.  Polo is very popular in Argentina and according to our guide Juan, polo horses throughout the world are supplied from Argentina.  They took some of the big strong European horse breeds and mixed them with their local Criollo’s (a small tough endurance horse) and made the perfect polo horse.  Mine was named Coco–I think that’s what they were trying to tell me–and he was a gem. 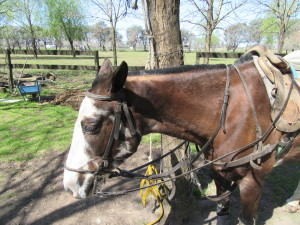 Apparently, polo is one of the oldest team sports around.  It was first created to train mounted soldiers, as the motion of swinging the mallet and the sword are similar.  But now it’s more of a gentleman’s game.  Polo is terribly expensive and requires the use of nearly fifty horses that Juan said cost the same as Ferraris. 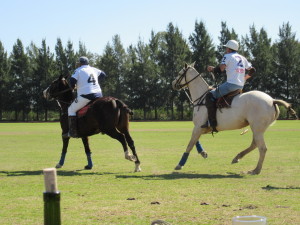 Although you wouldn’t know to look at them, Juan said that the horses we were going to get to ride cost the same as nice BMW’s.  They were average-sized leggy horses still a little shaggy from wearing their winter coats.  Besides that, they were tired and sweaty from the match they had just played.  In short, they didn’t look like BMW’s but I know better than most not to judge a book by it’s cover. 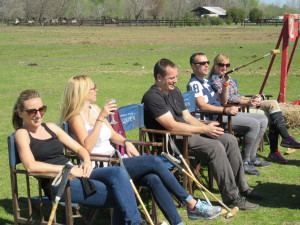 Our polo day began by watching a match of 4 chukkas (like quarters).  Polo matches have either 4, 6 or 8 chukkas.  Our match was played by the ranch grooms, some of them with a lifetime of polo experience.  As we watched, Juan explained the many rules.  Our jobs were to drink wine, keep track of the score, and announce (via a big brass bell) when each chukka was over. 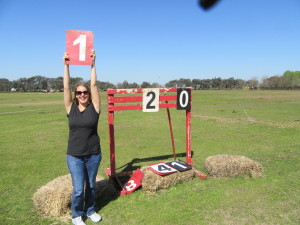 In polo, each team has four players and each player has their own position.  They each have to change their horse out to keep it from over-heating at the end of each chukka .  While the players were doing this,  we got to practice hitting the balls from the ground.  I was not surprised that Ryan caught on very quickly.  He was the first to hit the bell and win me a polo ball.  I later got this signed by the owner, Ruben, who was once a profession polo player.

After the match, we were fed a feast of Argentinian barbecue.  There was more wine and grilled vegetables, fresh salad and more barbecue.  There was even fruit salad for dessert.  Ryan and I enjoyed talking to the other people in our group and laughed at the puppies playing around our feet.  The weather was perfect. 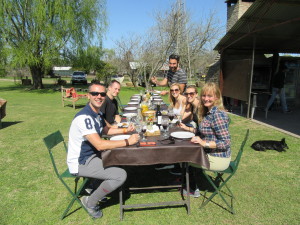 Once we were stuffed to the brim and almost asleep, it was time to climb onto horses.  I managed better than expected, being as full as I felt, and spent the next hour and a half running around wildly swinging my heavy mallet at a moving white ball.  What I may have lacked in aim, I made up for in enthusiasm.  Just ask Coco and my stiff and swollen wrist. 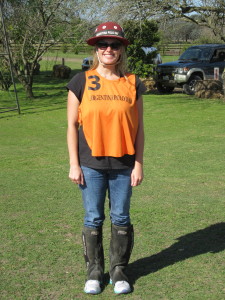 By the time we were ready to play a little polo ourselves, I had worn out Coco and my wrist was so tired from wielding the mallet I could barely swing it straight.  That didn’t stop me from making two goals.  Ryan made three for his team and we both left tired and sore and happy, especially me. 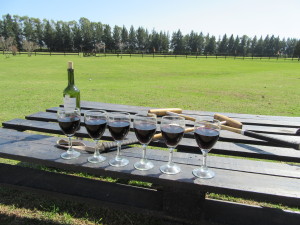 It was a fantastic day out in the country with new friends, good food and most importantly, horses.  I may be sore today but the recent memory of being back in the saddle keeps me smiling.  That, and the scent of horse sweat still lingering on my hands.