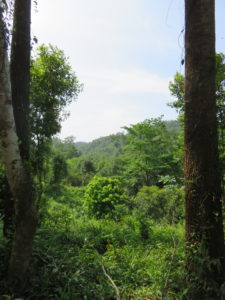 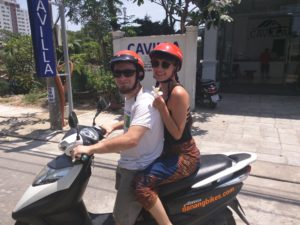 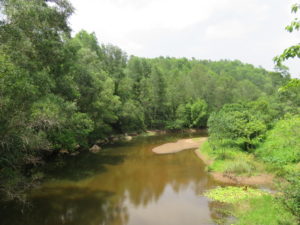 In May our friends Justin and Kristy came for a visit and we had some fun adventures together.  My favorite was the day trip we took to visit the Mỹ Sơn ruins.  Getting to the ruins was one of the best parts of the experience because it involved an hour and a half scooter ride through the Vietnamese countryside.  It was nice to get out of the city and take in the views. 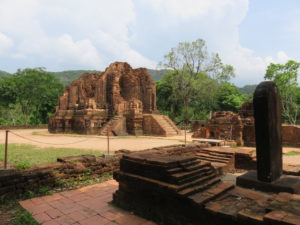 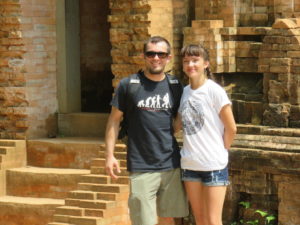 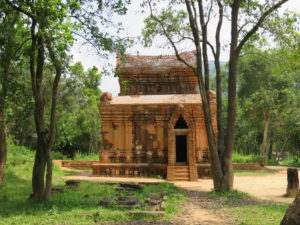 The Mỹ Sơn ruins are located in the Quang Nam Province near the village of Duy Phú.  Clusters of abandoned Hindu temples can be found in clearings surrounded by dense brush and foliage.  The temples were constructed between the 4th and the 14th century AD by the kings of Champa and were dedicated to the worship of the god Shiva.  The valley at Mỹ Sơn was a site of religious ceremony, as well as a burial place for royalty and national heroes.  According to Wikipedia, Mỹ Sơn is perhaps the longest inhabited archaeological site in Indochina, but a large majority of its architecture was destroyed during the Vietnam War. 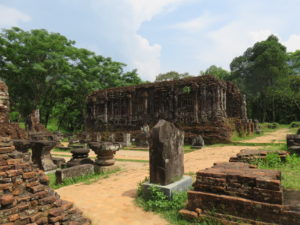 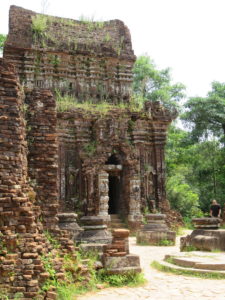 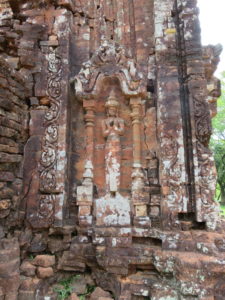 What remains is still impressive.  Walking around the ruins, I couldn’t help but feel like I had stumbled into the Lost City of Zinj from Michael Crichton’s book Congo.  I love this novel and have read it many times.  We took our time exploring the ruins, ducking in and out of the many temples to escape the heat.  All the while I kept my eyes peeled for diamonds and murderous monkeys with stone paddles.  I kept my ears open for their ominous wheezing sounds.  Luckily I saw and heard nothing to cause alarm.  The deserted and ancient feeling of the place added an extra sense of excitement.  Within a few hours we were safely back at our scooters, having “escaped” not only with our lives, but with some great memories as well.  Thank you Justin and Kristy for an awesome adventure! 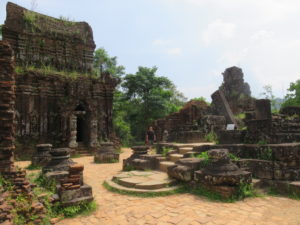 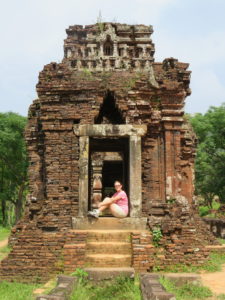 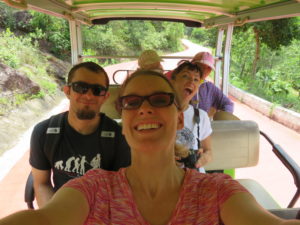