Ryan and I have visited some beautiful places on our travels through South America, but it seems to me that everything seemed to be especially beautiful in Brazil.  After my Brazilian Beauty Intervention, this was even the case with me.  It had been six months since I had done anything with myself and then miraculously, on one fine Saturday afternoon, I found myself in São Paulo, Brazil in the company of one of my closest and most exotic friends, Erica Nunes. 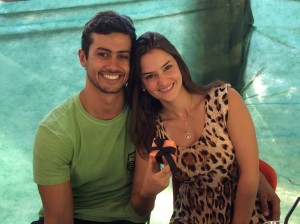 Erica is from São Paulo and had come to Wyoming via an exchange program our senior year of high school.  She had stayed with my husband’s family.  It was because of Erica that I had met my future husband and his wonderful family so I already felt like I owed her the world.  It had been thirteen years since we’d seen each other and I was still racking up dept as the two of us sat surrounded by friendly Brazilian Beauty Professionals giving us the works. 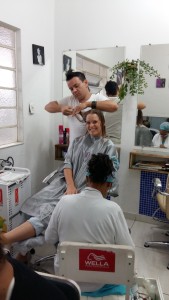 I was splayed out like a starfish.  One technician was tackling my abominable toes which had recently returned from the beach, while another was shaping up my nails.  From behind, my hair was taking on an entirely new shape.  It was absolutely wonderful and it was long overdue.  Across from me, my beautiful friend smiled and let the nice ladies know what color I wanted my nails painted and explained to the hair stylist how I was hoping to have my hair styled.  Portuguese truly is a beautiful language, I realized, especially when spoken by such beautiful people. 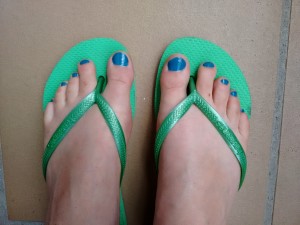 Also overdue was that horrible ritual woman endlessly endure known as waxing (or plucking).  When I was polished and trimmed, the technicians next turned their attention to hair removal.  I know what you are probably thinking right now so I’m going to tell you that I did not opt for the traditional Brazilian bikini wax.  I’ve had my share of bikini waxes and they hurt and after all, I was on vacation.  So no thank you!   But my face did deserve a little attention and I could easily endure this slight discomfort and so I was led into a back room where an entirely new technician took out…a string.  I felt particular interest when I discovered that the string was going to be used to remove the fuzzy blond hair from my upper lip.  My curiosity grew as she wound the string around her fingers and came at me. 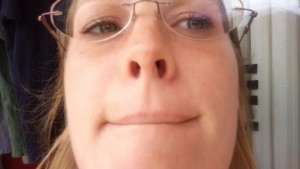 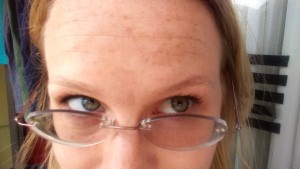 It was an odd sensation and I must admit that I struggled slightly to puff my lip up in just the right fashion, but after a few rounds of roll plucking, my upper lip was as smooth as silk.  My eyebrows were tweezed with deft perfection and then I was done, newly trimmed, polished and plucked (to my hearts desire) and looking my Brazilian best.  Thank you Brazil.  Thank you. 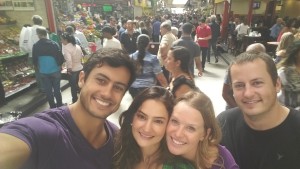