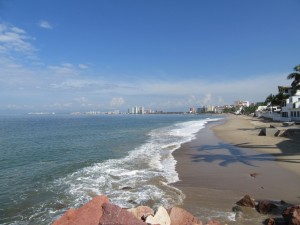 Ryan’s friend Eric came to visit us in Puerto Vallarta and we had nine whole days of fun.  Here’s a recap of some of the things we got to do.

One of the most popular and inexpensive ways to pass the time in Puerto Vallarta, the Malecon is a mile long stroll at the edge of the water.  The only issue we had was the heat as the Malecon is not shaded.  Ryan almost died, or so he thought every time we took the twelve-block trip (which was nearly every afternoon).  But not me.  Buy me a breezy dress and I’m well on my way to having a great time! 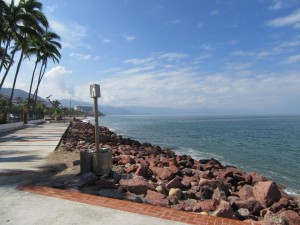 A small section of the Malecon 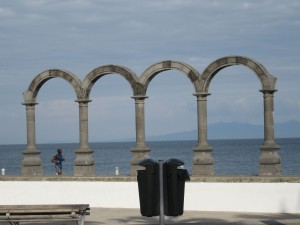 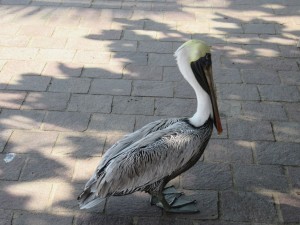 Pelican hanging out on the Malecon 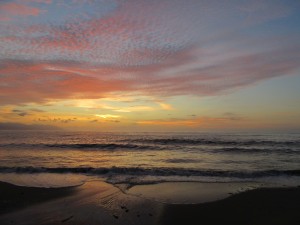 Sunset from the Malecon

This free walking tour took us up to an amazing view of the city.  We walked into churches and past schools and restaurants and shops.  Our guide even took us inside a few of them to investigate their treasures and to try the free tequila! 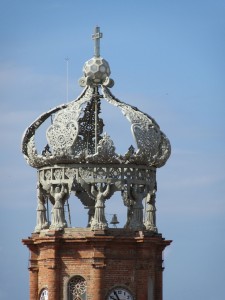 Church of Our Lady of Guadalupe 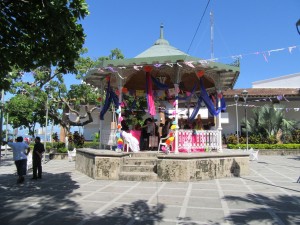 The Main Square decorated for the Day of the Dead 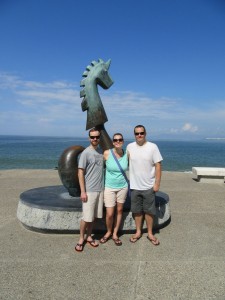 Eric, Me, and Ryan standing in front of “The Good Fortune Unicorn” (by Anibal Riebeling) 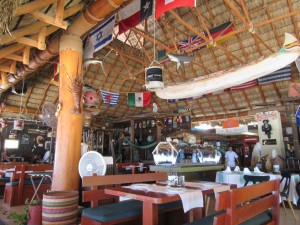 The zoo in Puerto Vallarta may be small and out-of-the way.  It may have tons of tiny biting insects.  But you can play with baby lions, and tigers, and monkeys!  We pretty much had the place all to ourselves (aside from the attack mob of geese) and most of the walk was right up the mountainside in the shade and very pleasant.  I’ve made a request to Ryan to return for a birthday trip next year to play with lion cubs, because who doesn’t want to play with lion cubs!  I’m keeping my fingers crossed. 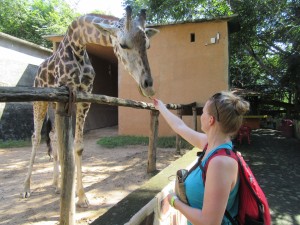 We were encouraged to feed the animals!

Sneaky little suckers got me good! 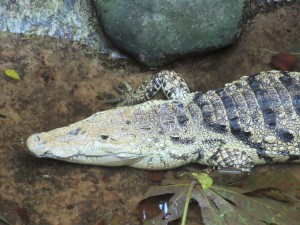 Look at that Snapper!

This was a large and beautiful area although unfortunately, it was also hard to get to.  I enjoyed the gorgeous flowers and kept an eye out for creepies and crawlies while Ryan and Eric took in a swim.  This was apparently where the movie Predator (starring Arnold Schwarzenegger) was filmed in 1987.  Beautiful scenery. 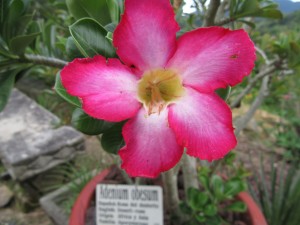 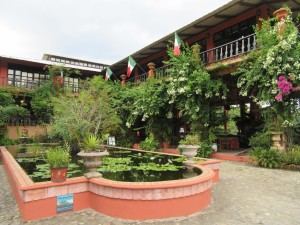 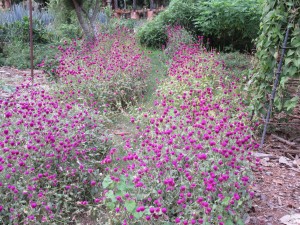 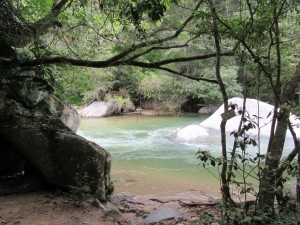 It might be more accurate to describe this adventure as a Booze Cruise.  Or a completely awesome night out.  There was music.  There were games.  There was sword fighting and fireworks.  There was chicken cordon-bleu (in my case) and fruity drinks containing a dark-purple-colored liquid boasting the name “Pirate Punch.”  But there’s more.  For one night and one night only, I had a personal pirate named Ludias.  It’s the stuff dreams are made of. 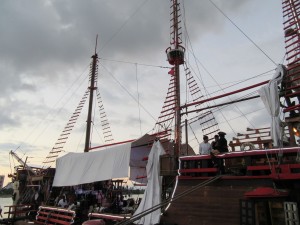 Our super cool pirate ship, a replica of the Santa Maria 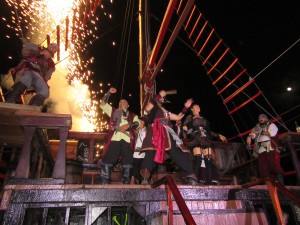 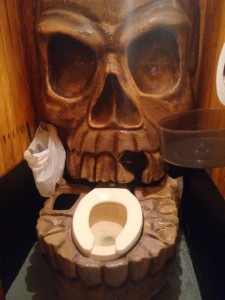 The coolest bathroom ever!

I’ve never been a huge fan of snorkeling.  The truth of the matter is that I’m horribly afraid of sharks.  But the gorgeous dark-green water was warm and I was feeling brave.  While the tides were not cooperating enough to allow us entry into the island’s main attraction–the hidden beach–there were plenty of Yellow and Blue-footed Boobies hanging around.  In addition, we were able to try out the paddle boards and sea kayaks.  However, the highlight of my excursion was definitely on the way home when we were joined by a group of curious dolphins. 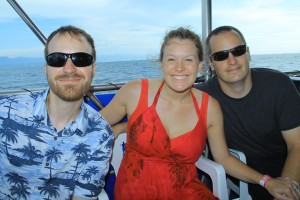 We enjoyed calm waters on the way to the islands 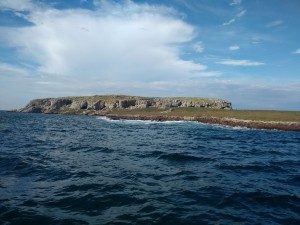 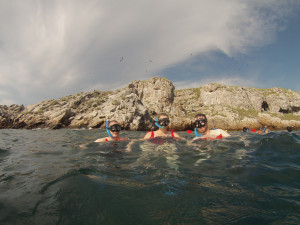 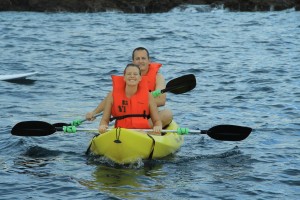 I must have gained ten pounds during the nine days Eric was with us, and I’ve never drank so much in my life!  With lots of food and siestas, it was definitely my kind of vacation.  Thank you Eric!!! 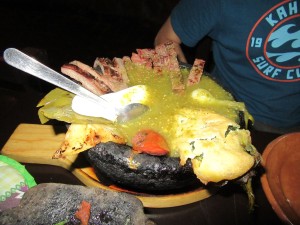 A scrumptious molcajete from The Margarita Grill 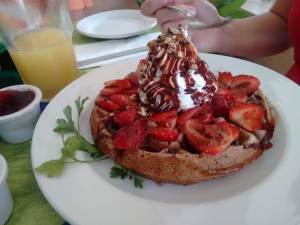 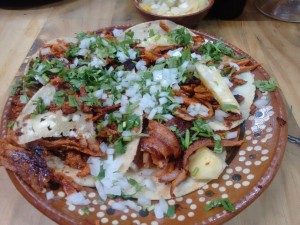 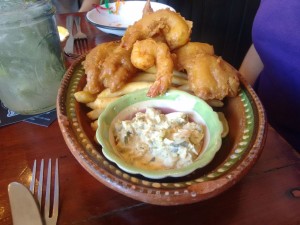 6 Responses to Puerto Vallarta, Mexico–Eat, Drink, and Be Merry