HCMC, Vietnam–The Year of the Rooster

Ryan and I are currently living in Ho Chi Minh City where they just finished celebrating Tet (Tết).  This is the Vietnamese New Year.  Tet is the most important celebration in Vietnamese culture and Ho Chi Minh City has roughly 8 million inhabitants, so we were expecting A PARTY. 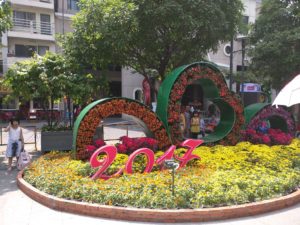 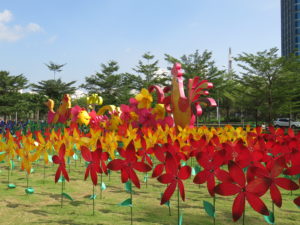 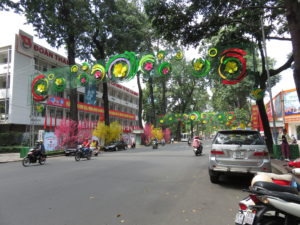 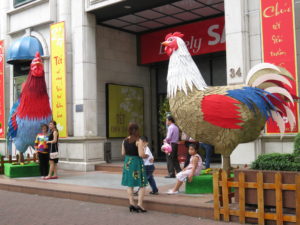 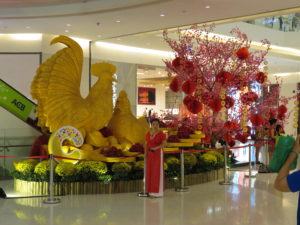 Tet usually lasts for three days although the “festivities” can last for a week or more.  It takes place in late January or early February, depending on the Vietnamese lunar calendar.  Ryan and I saw some pretty impressive decorations in the weeks leading up to Tet.  Signs in both Vietnamese and English announced the coming of 2017, The Year of the Rooster.  We even stumbled upon a few small-scale dragons dances.  Things were gearing up and I was getting excited. 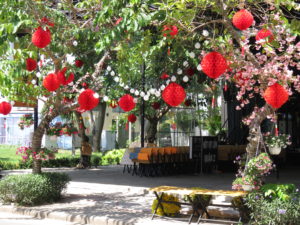 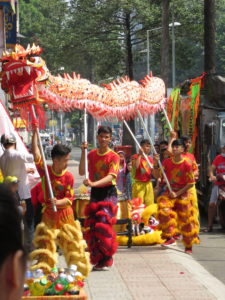 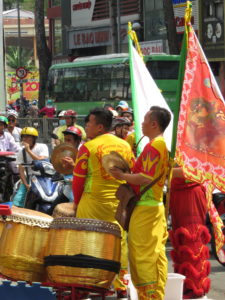 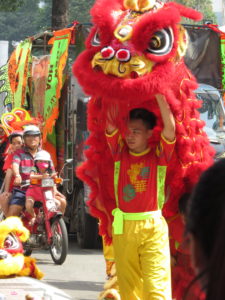 When the official days arrived however, beginning on the eve of January 27th this year, I discovered the complete opposite of what I had been expecting.  The city was the quietest I’ve ever seen it!  Most of the businesses were closed and the public areas were practically abandoned.  This was completely the opposite of what Ryan and I have experience during our travels through South America and Mexico on national holidays.  We were shocked. 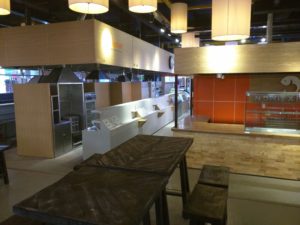 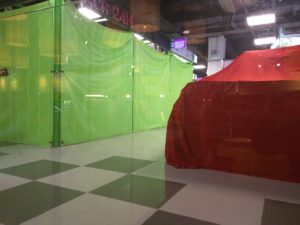 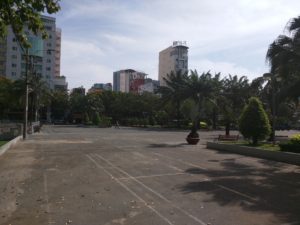 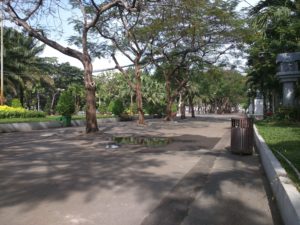 Apparently, this mysterious and somewhat elusive holiday celebrates the arrival of spring.  I suspect that this might be one of the reasons that the city was overrun with flowers.  Not only do they make wonderful gifts, common during Tet, but they were also used to make elaborate flower displays.  The flowers were by far my favorite part.  They sure beat all the food stall closures.  Tet may be the only holiday during which I’ve lost weight.  Luckily this was one of my New Year’s resolutions, so all is well. 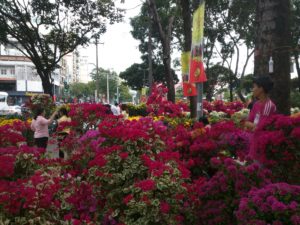 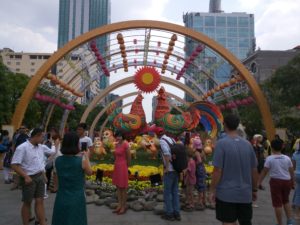 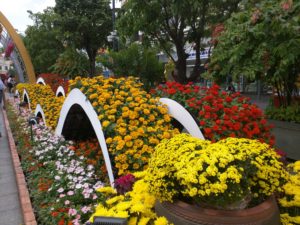 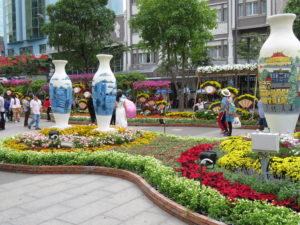 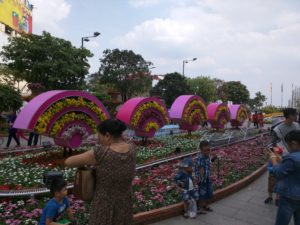 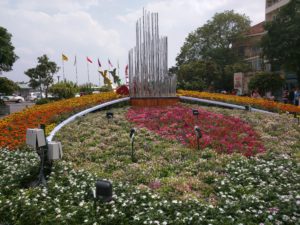 I have since learned that Tet is celebrated in a big way, only the celebration is relatively private and held mainly at home surrounded by family.  At least Ryan and I got that part right.  We spent the Vietnamese New Year together in our quiet and cool shoe box of an apartment.  It wasn’t too shabby either.  I have a feeling I’m going to be learning a lot in 2017.  The rooster is going to be picking my brain all year long! 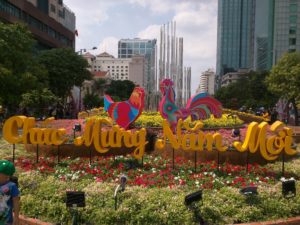 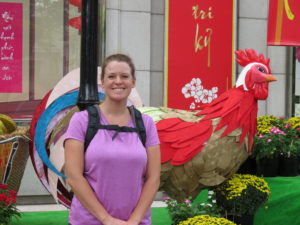 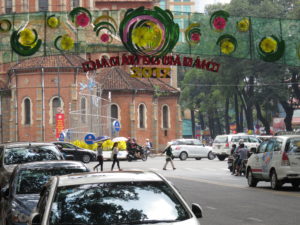 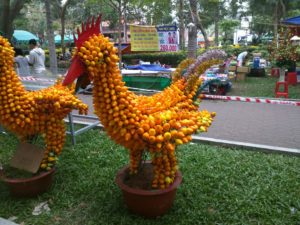 12 Responses to HCMC, Vietnam–The Year of the Rooster