Danang, Vietnam–Creatures of the Night

It’s been nice being back in Danang, away from the constant hustle and bustle of Ho Chi Minh City.  My favorite part of the day is actually nighttime, when Ryan and I walk along the beach.  We do this every night, usually around 9pm.  It’s cool and relaxing.  We walk nearly two miles in the soft sand. 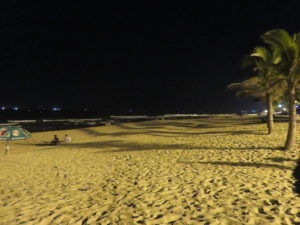 Unlike other places I’ve visited, enjoying the beach after dark is very common and popular in Danang.  The areas are well lit and very safe.  In fact, during the early morning hours around sunrise and after sunset appear to be the only times that the locals come out and enjoy their beautiful beach.

Ryan’s favorite hypothesis is that the good people of Danang are in fact vampires who scatter as soon as the sun appears in the sky.  We saw this happen one morning when we got up to enjoy a sunrise and found the usually vacant beach to be crowded with locals exercising and swimming in the sea.  It was a major contrast to the daytime scene. 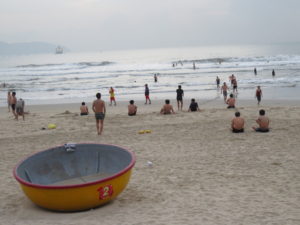 Though he was not serious, it was interesting to hear a friend from back home say that she’d heard Vietnamese people drink blood.  She’d heard this from someone living in Napal.  Ryan told her that while he didn’t believe this to be the case, he was entertaining the notion that Danang might be full of vampires…it was good for a laugh at least.

Another scenario, and a much more likely one, is that many people from Vietnam (as well as other parts of Asia) prefer to keep their skin as white as possible.  Women zoom around on their scooters in the heat of the day completely covered to keep the sun off their skin.  They wear gloves on their hands and socks beneath their sandals.  They even cover their mouths and noses which not only blocks the sun but keeps the exhaust from passing cars and scooters at bay. 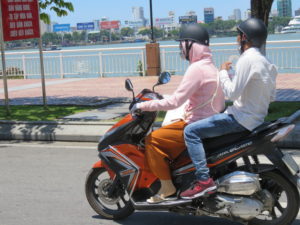 Everywhere we go, people look on us pale-skinned foreigners with our legs and shoulders exposed and shake their heads sadly.  How could they purposefully be baking their naturally pasty white skin? they seem to be thinking.  I’ve even had one or two concerned onlookers try to convince me (mainly with gestures and pointing) that I’m ruining my skin.  How can I explain that this is simply not the case? 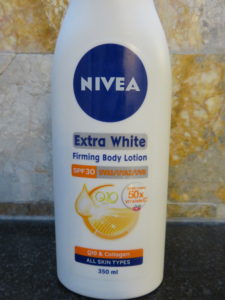 Much to Ryan’s delight, I have become more diligent than ever in applying sunscreen daily to every part of my body that could possibly come into direct contact with the sun.  Ryan on the other hand has not been so diligent and compared to him, I’m still fairly pale.  It doesn’t help that the sunscreen we buy has a “whitening” agent and it’s hard to find any without it.  Like I said, they want the white. 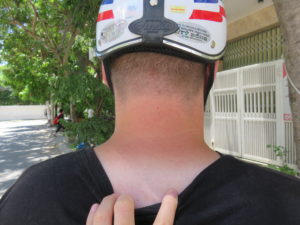 In addition, as the weather grows hotter, we rarely visit the beach during the day.  Like the locals, we prefer to enjoy it without the sun when the sand doesn’t burn our feet and the breeze feels fantastic.  We go out for meals twice a day and the occasional shopping trip, but more and more often we hide ourselves inside, waiting for the oppressive sun to go down.  It seems that we too are on our way to becoming creatures of the night. 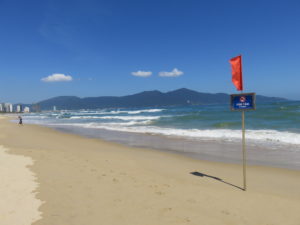 2 Responses to Danang, Vietnam–Creatures of the Night