While my parents were in Thailand, we got them more than just a variety of local food.  We also took them to see a large sampling of Thai temples since they had come so far to see us.  We started by taking in a good view of Chiang Mai from Wat Phra That Doi Suthep (often just referred to as Wat Doi Suthep).  It’s located at the top of Doi Suthep Mountain and features a golden stupa (or chedi) and an emerald Buddha.  We nearly lost Mom in the crowd.  She was getting in her fill of photos and we’d lost sight of her, but she turned up before long with some amazing shots. 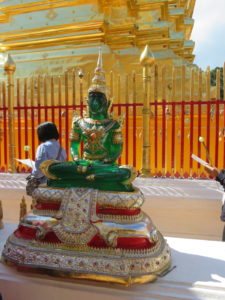 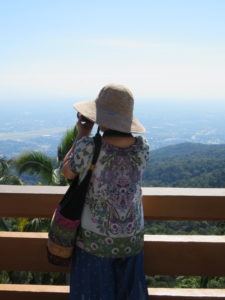 I had guessed ahead about what their favorite temples would be, and I think I was mostly right.  For Mom, I chose Wat Chedi Luang.  I call this site the Chedi Ruins (and I’m sure others do as well).  This temple complex consists of a partially crumbled 15th century chedi and the city pillar (Sao Ithakin) which is believed to protect the city.  It’s located in the ancient walled part of the city and appears to be one of the oldest temples in the area.  I immediately thought of Indiana Jones the first time I saw it, so I thought she’d be a fan, which she was. 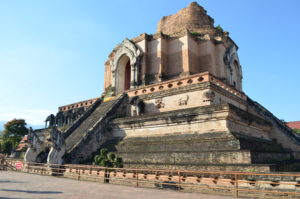 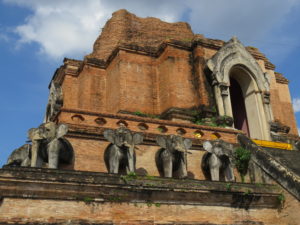 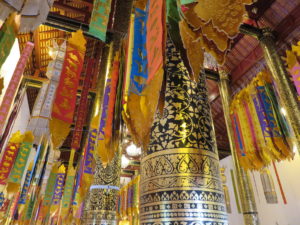 I think Dad was impressed by the tranquil location of the hidden temple Wat Pha Lat.  He especially liked hiking the monk’s trail through the forest to get there.  The path was marked by orange fabric from monk’s robes that had been tied to the trees and there were some pretty sights along the way.  The 30 minute hike was fairly easy and took us up the first part of Doi Suthep mountain.  Once we’d arrived at our final destination, we mostly had the temple complex to ourselves and we enjoyed exploring at a leisurely pace. 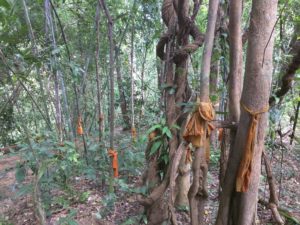 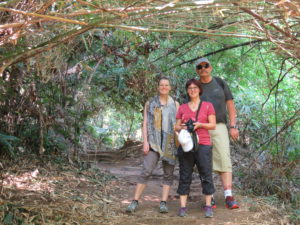 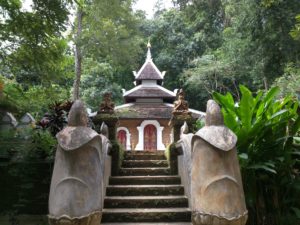 My favorite temple complex, Wat Ban Pong, shall henceforth be referred to as the Temple of Opulence in honor of my parents.  I’ve always had a lavish streak and I was awed by this impressive sight the first time I’d seen it (as well as every time since).  Ryan and I discovered it entirely by accented during one of our scooter adventures to the sticky waterfalls.  Because it’s so far off the beaten path–though not hidden in the forest like Wat Pha Lat–it sees a surprisingly few number of tourists.  Mom and Dad thought of Disneyland because it was so “opulent,” as they said.  I understood what they meant.  Walking around the extensive grounds made me feel like I’d found my way inside a fairy tale.  It was no wonder I was such a big fan of Disneyland! 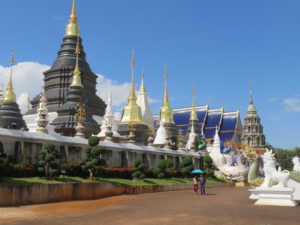 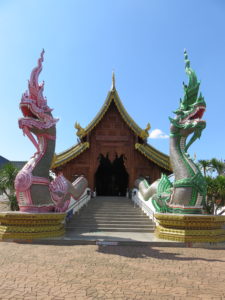 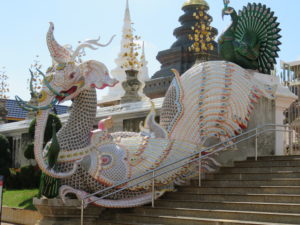 The first time I saw Wat Phra Singh, I immediately thought about the movie Goldmember.  Believe it or not, my dad was once a big Austin Powers fan so this temple was a must-see on our list.  Here, everything was large and gold.  There were also some amazing statues of monks inside.  I think they were made of wax and they looked completely real!  We were especially interested in the signs we saw warning tourists that it is offensive to use Buddha as a decoration.  Dad had been considering bringing back a small Buddha souvenir for one of his co-workers who is in fact Buddhist, but seeing these signs made him reconsider and I think the rest of us were in agreement. 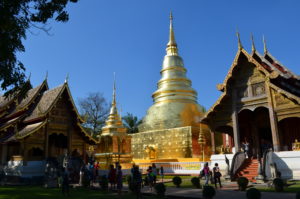 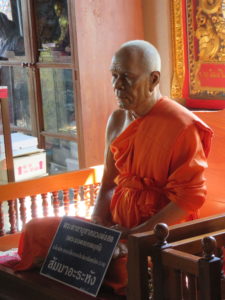 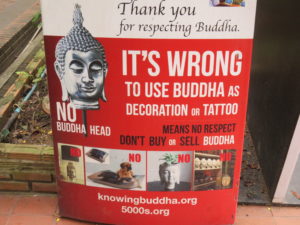 Wat Umong was one of the most unique temples we visited.  Wat Umong is made up primarily of a system of interconnecting tunnels.  The story behind it is especially interesting.  Apparently the head monk was well connected and when he developed Alzheimer’s and began to wander away into the forest in search of some peace and quiet in which to pray–the city had grown up around the temple over the years–the king intervened and had a special sanctuary built in order to let him continue to pray in peace.  It was a cool story.  The tunnels are not tall and I was a little worried about Dad and Ryan’s abilities to navigate through them comfortably and safely, but they both managed perfectly well.  There were also a lot of good-looking roosters lurking around.  I’d been trying to convince my parents that Chiang Mai has the best-looking roosters of anywhere I’ve ever been and here was some proof!  I think they were a little confused by my interest in roosters. 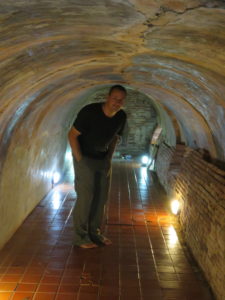 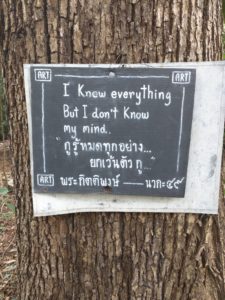 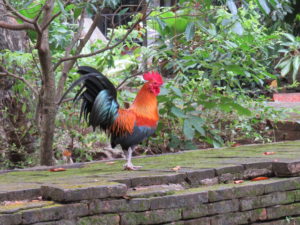 I had expected that Dad would like the view provided at Doi Inthanon–this is very near the highest point in Thailand, which I thought he would also enjoy visiting–but it was the last temple on the list and by this time I think he was a little templed-out.  We’d been visiting one after another for the past 4-5 days, so I could hardly blame him.  I think he still enjoyed the view from the highest point in Thailand–although the weather wasn’t great–but I’m pretty sure he enjoyed the ride through Doi Inthanon National Park nearly as much, if not more.  We even stopped at a waterfall along the way, and took in a nature trail.  Thank you so much Ryan, for driving us to the highest point in Thailand on the opposite side of the road.  You’re the best! 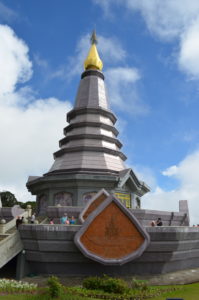 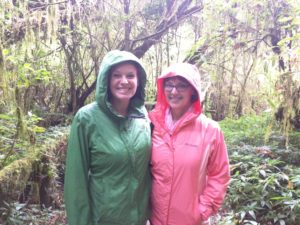