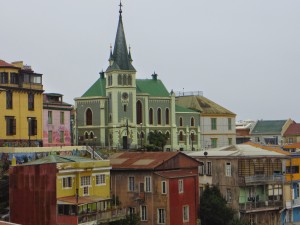 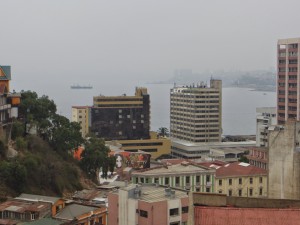 When we decided on a quick weekend getaway to leave the scorching Santiago sun behind, I was elated to find the Chilean buses to be far superior to the Ecuadorian buses.  Ryan and I, along with our friend Justin, took a two hour bus ride up to Valparaiso, Chile and enjoyed a very comfortable, air-conditioned ride along the way.  For those of you who know me, this means that I slept well. 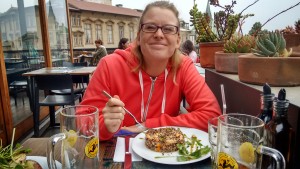 On arrival in Valparaiso, I was once again pleasantly surprised to find that the salty sea breeze of the port city was cool and refreshing and required the occasional use of a sweatshirt, which I had not brought or even unpacked since we’d arrived in Chile.  Luckily for me, Valparaiso is a relatively small city of about 283,000 people and finding a shopping center was surprisingly easy, even for tourists such as ourselves.  Properly clad, I was ready to explore the city. 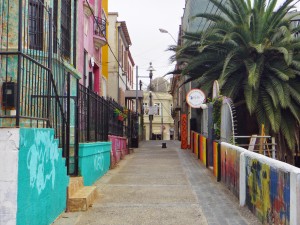 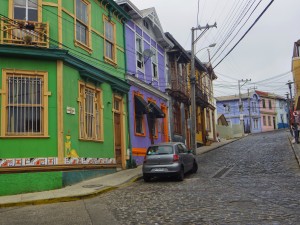 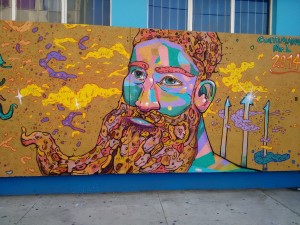 Being a port city, Valparaiso definitely gives off a touristy type of vibe.  It is crowded and noisy and often smells of pot.  It is also dirtier than Santiago.  That being said, it holds more of a charm.  I found Valparaiso to be a maze of chaotic streets, alleys and stairways all situated on the slopes of steep hillsides lined with restaurants and bars.  The buildings are colorful and crumbling and often covered with impressive mural paintings. 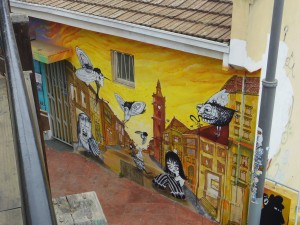 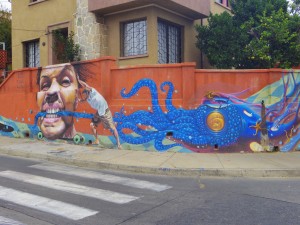 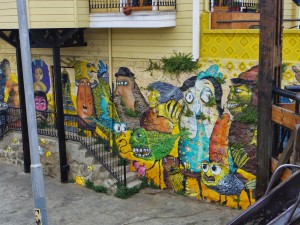 While in search of dinner, we stumbled across a store owned by a French artist who sold gum bichromate wall hangings.  The piece on display in the window was what initially caught my eye.  A black and white printed picture of a man and dog passing each other on the street, each on their own path, each content to go his separate way.  This picture definitely captured the dog scene in Chile, which has been one of my favorite aspects of traveling thus far.  I emerged from the store with a smaller version of the picture in the window.  It was my first South American souvenir and it was rolled and ready for travel. 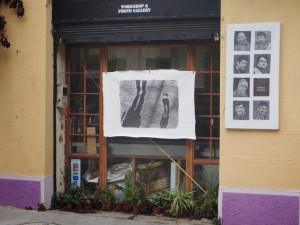